On 26th August 2020, our open letter demanding a Sensible, Safe and Sustainable plan for reopening schools was sent to the Prime Minister.  The letter referenced our Traffic Lights system, which calls for blended learning to facilitate social distancing in classrooms in areas where local cases exceed 1 per 100,000 of the local population, and distance learning where they exceed 50 cases per 100,000.

Two days later, the British Government introduced a tiered system of in-person attendance for senior school pupils.  Despite including traffic light signals, the Government did not include the thresholds which would trigger movement of a school from one tier to another.  This – combined with the Government’s failure to provide adequate resource for blended and distance learning strategies – has damaged parent confidence in the suitability of the plan to ensure the effective and consistent education to which our children are entitled.

Given the Government’s prior refusal to heed calls from teaching Unions and parents for a properly resourced alternative plan for education, this new plan would appear to be something of a U-turn.  We cautiously welcome the plan, particularly in light of newly available scientific evidence which indicates that the risk to children is greater than could previously be identified.  A Centers for Disease Control and Prevention report* states that:

“Due to community mitigation measures and school closures, transmission of SARS-CoV-2 to and among children may have been reduced in the United States during the pandemic in the spring and early summer of 2020. This may explain the low incidence in children compared with adults.”

“Recent evidence suggests that children likely have the same or higher viral loads in their nasopharynx compared with adults7 and that children can spread the virus effectively in households and camp settings.”

Given this evidence, we believe that parents will refuse to accept the sidelining of primary-aged children within the Government’s tiered model, withdrawing them once local senior schools enter Tier 2.  It would be preferable for the Government to listen to the emerging science, and facilitate parent confidence by applying a universal system which protects the health and education of every child. 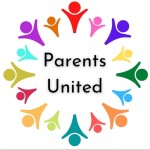